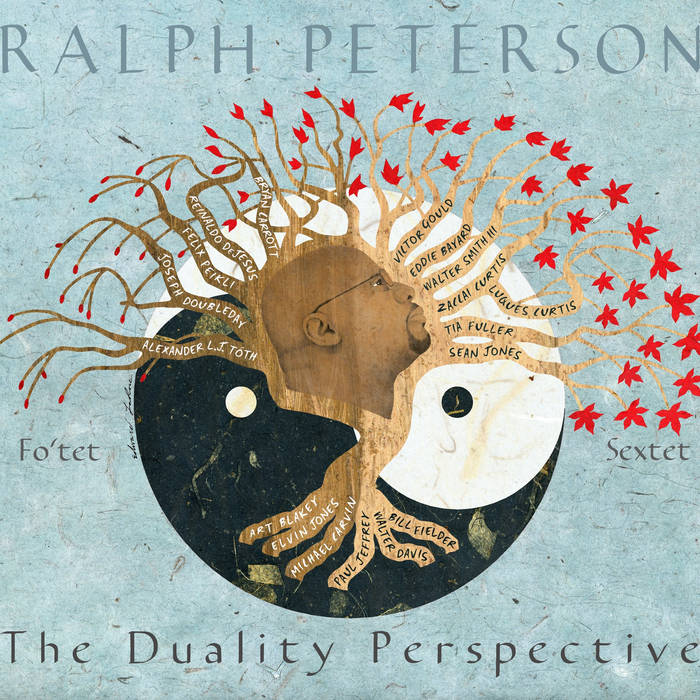 Ralph Peterson's Sextet - is a living continuum of the legacy passed directly to Peterson from Art Blakey and Elvin Jones. While the Messenger incubation stage took place in the University of the NYC, Peterson formed mentor relationships with the members of this Sextet while all of them were still in college. They have gone on to become the leading names in this music today and all stand as a testament to the leaders ability as a scout of some of the brightest stars on the jazz horizon. Sean Jones was working on his Master at Rutgers Univ. while Ralph was teaching ensembles and worked extensively with and Tia Fuller during that period. At the same time he was doing visiting artist clinics at Berklee College of Music (prior to be hired) and first heard Walter Smith III there. He worked with Walter both during his interview/audition for Berklee as well as Walter's being accepted to the Monk Institute under Ralph's former Rutgers classmate and bandmate Terence Blanchard. Luques Curtis played in ensemble classes early on at Berklee under Peterson's guidance and also assisted Zaccai Curtis in the preparation for his Senior Recital at New England Conservatory. The Ralph Peterson Sextet features today's leading young names in the creative music scene and further establishes Mr Peterson as a force of consequence in music both in the US and around the world.

Interviews With Butcher Brown and Slauson Malone, plus LP of the week by SAULT.